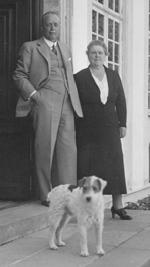 Two foundations – Harald Jeansson (1881-1964) was a shipowner and belonged to the family Jeansson that for a long time played an essential role in the trade and industry of Kalmar.

Support to medical research
According to the regulations of the foundations should the yield of the financial accesses, after covering administration, be used to “support scientific research in the field of medicine or other disciplines that are conducting research that benefits medicine”.

The board has decided for the time being to preferably distribute startup grants of 500,000 SEK to young researchers that after postdoctoral studies or similar are establishing their own research group. The applicant should have a position connected to a university or institute.

In total 4-7 miljons SEK per year are provided to medical research.